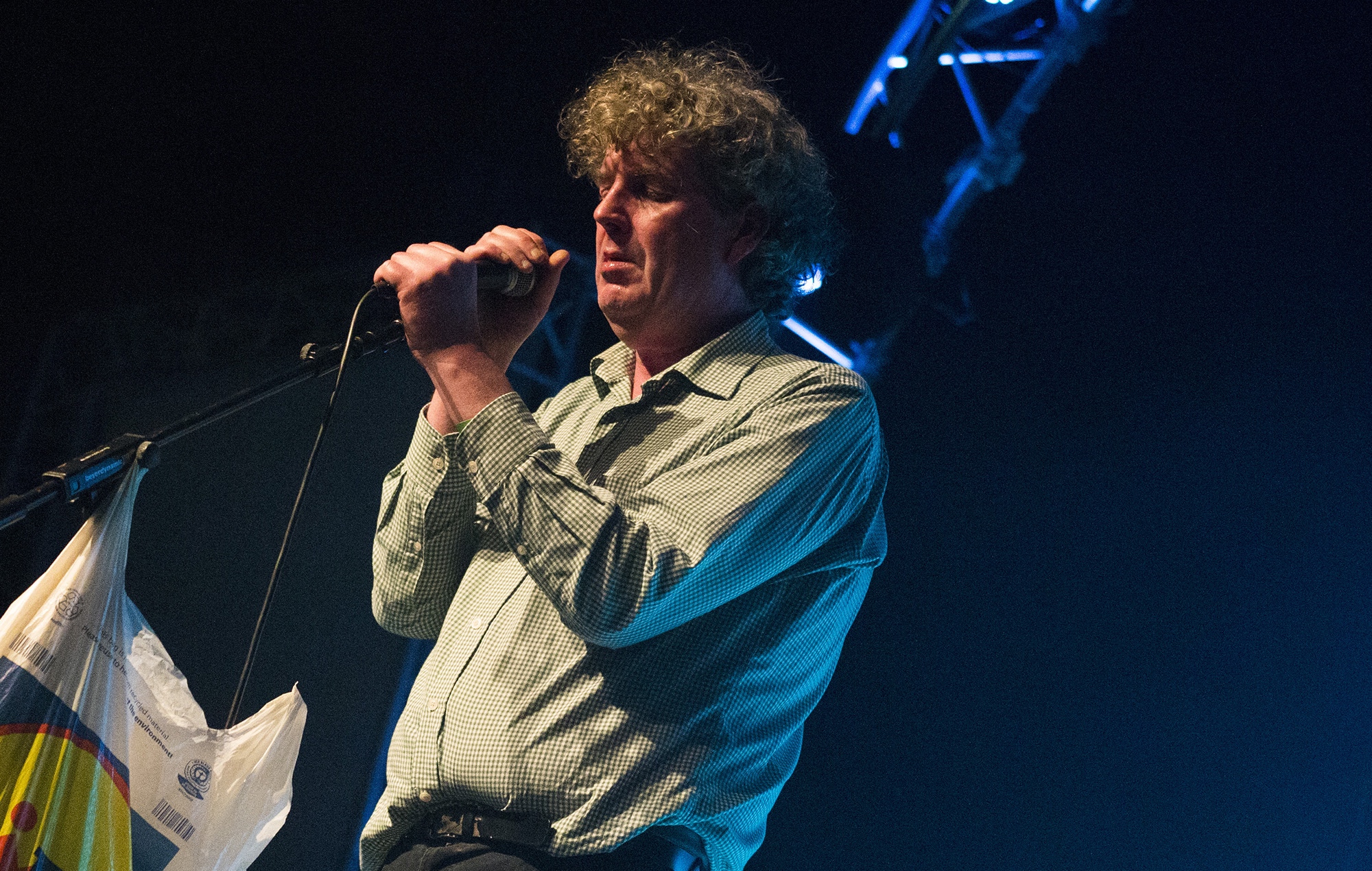 The singer passed away at his home in Carmarthen over the weekend, following a battle with health issues that included epilepsy and diabetes. His death was confirmed by his longtime bandmate and friend Patricia Morgan, who shared the news on Twitter.

“David is no longer with us. He was one of the best friends you could ever have. A huge, generous personality, a bear of a man; his legacy will live on.”

David is no longer with us. He was one of the best friends you could ever have. A huge, generous personality, a bear of a man; his legacy will live on.

Edwards formed Datblygu with T. Wyn Davies in 1982, while the pair were in secondary school. Morgan joined two years later in 1984. The pioneering group, which saw Edwards singing primarily in Welsh, released debut album ‘Wyau’ in 1988. Its follow-up, ‘Pyst’, arrived two years later along with Davies’ exit from the band. ‘Libertino’, also considered one of the band’s seminal works, was released in 1994.

Edwards and Morgan continued the group in various formats before disbanding in 1995. They returned in 2008 for a one-off single, ‘Can y Mynach Modern’, properly reforming in 2014 with the album ‘Erbyn Hyn’. The band’s final record, ‘Cwm Gwagle’, was released last year.

Edwards, who has also a poet, has been remembered for his colossal impact on Welsh music. From their genesis, Datblygu stood fiercely in opposition to the traditional establishment.

When promoting ‘Cwm Gwagle’ last year, Edwards remarked: “Datblygu have only one thing in common with other Welsh bands and that is their shared use of the language, nothing else.”

“His contribution to the Welsh language can’t be overestimated and his work with Datblygu serves as a focal point for its vibrant counter-culture,” he added. “I’ve no doubt his influence will grow and his songs will continue to serve as moral compasses and as sources of light to guide us through the darkness down the ages.”

Wichita Recordings co-founder Mark Bowen told Nation.Cymru it was difficult to accurately explain the impact of hearing Datblygu for the first time on the John Peel show in the mid-’80s.

“To hear Peel play a record in Welsh that stood head and shoulders above anything else he played that night was a stunning moment for a teenager who had never felt ‘cool’ for his nationality before.”

On Twitter, The Charlatans‘ Tim Burgess said that a special edition of his Twitter Listening Party series would be held in Edwards’ memory. The band’s compilation ‘1985 – 1995’ will be the featured album on July 2.

See more tributes to Edwards below.

Sad to hear of the passing of David R. Edwards

No guests, no tweets from us but a chance to share thoughts and memories pic.twitter.com/bKspHTJyVY

David R Edwards of Datblygu was one of the greatest musicians/poets in the world. I’m so so sad to hear he is no longer with us. Genius is an overused word. But he was a true genius. His lyrics and delivery are as good as it gets.

Very sad to hear about David R Edwards of Datblygu, deserves to be remembered as an important, massively influential figure in Welsh music. The kind of artist one returns to every so often and uncovers more brilliance. pic.twitter.com/di64M0n4Q2

Heart aching for all experiencing grief, sadness & shock at David R. Edwards passing.
His influence and the inspiration he gave has shaped Welsh music as we cherish & love it today and he will live on through this. Legendary doesn’t come close. Condolences to all that loved him. pic.twitter.com/1d3z3R0wRD