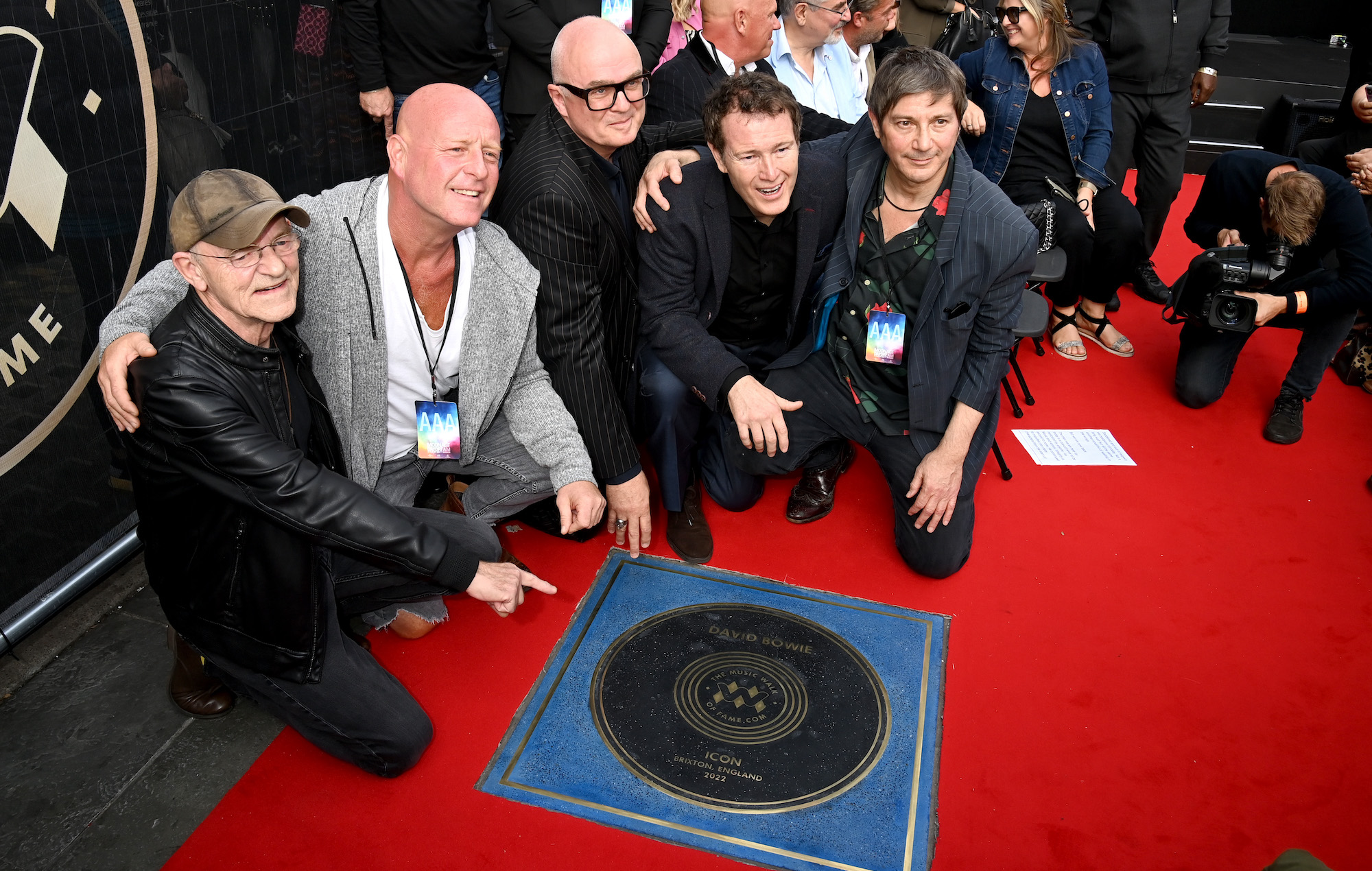 David Bowie was honoured with a stone on Camden’s Music Walk Of Fame yesterday (September 22) – see footage and reaction below.

The ceremony, originally set for September 15 before being delayed due to the death of Queen Elizabeth II, saw Bowie’s friends and collaborators unveil the stone and celebrate his life and legacy.

Among those paying tribute and unveiling the stone was Spiders From Mars drummer Woody Woodmansey, who told Reuters: “It’s another landmark for his legacy basically music, the films, the videos, and everything he did for the culture.

“He was just an amazing artist – 24/7 he was on the job and it always showed in the products. To be able to move through all the different characters and the musical genres that he did and pull it off, I don’t think anybody’s achieved that ever, [he was] one of a kind, unique.”

Lee Bennett, the founder of the Walk Of Fame, said the release of new Bowie film Moonage Daydream was the “catalyst” for the series to “come back with David and unlock the rest of the schedule” after COVID-related delays to new stones being laid.

“[There was] no one better to come back with,” he said. Of any artist that we can think of in the last 50 years, the chameleon that David was, how he touched many generations, lives, it just all collided at once that this [was] the right person to come back with.”

Enjoyed being at Camden Town today for the unveiling of the David Bowie ‘music walk of fame.’ pic.twitter.com/W0TbHFm8tK

Thrilled to have hosted @davidbowie’s induction onto @musicwalkoffame in sunny Camden yesterday.
Good to be back after an enforced absence of two and a half years and to see so many familiar faces. Roll on the next stone! #davidbowie #musicwalkoffame #camdentown #moonagedaydream pic.twitter.com/wPKlLrGYPx

David Bowie’s stone at Camden’s Music Walk of Fame being unveiled by Ziggy Stardust and the Spiders From Mars drummer Michael "Woody” Woodmansey, organiser Lee Bennett and other guests. pic.twitter.com/9Ha8IfFtsL

Kevin Armstrong, one of David Bowie's band members at Live Aid performed "We can be Heroes" at the unveiling ceremony at Camden's Music Walk of Fame. pic.twitter.com/UGfyDHj7DT

The Who became the first act to be honoured with the special award when it launched in November 2019, after being touted as early as 2013. At that time, Amy Winehouse and Madness were both considered to be given stones on the walk, and both were unveiled in 2020.

The digital edition is released by ISO Records/Parlophone Records on September 16 and was previewed this month by a new mix of ‘Modern Love’, the third single from Bowie’s 15th album, ‘Let’s Dance’ (1983).

Reviewing Moonage Daydream, NME wrote: “Morgen’s film isn’t a greatest hits set. It’s much better than that. It’s an avant garde portrait of an artist that scratches away at the surface paint to reveal the many layers beneath. You should seek it out, immediately.”