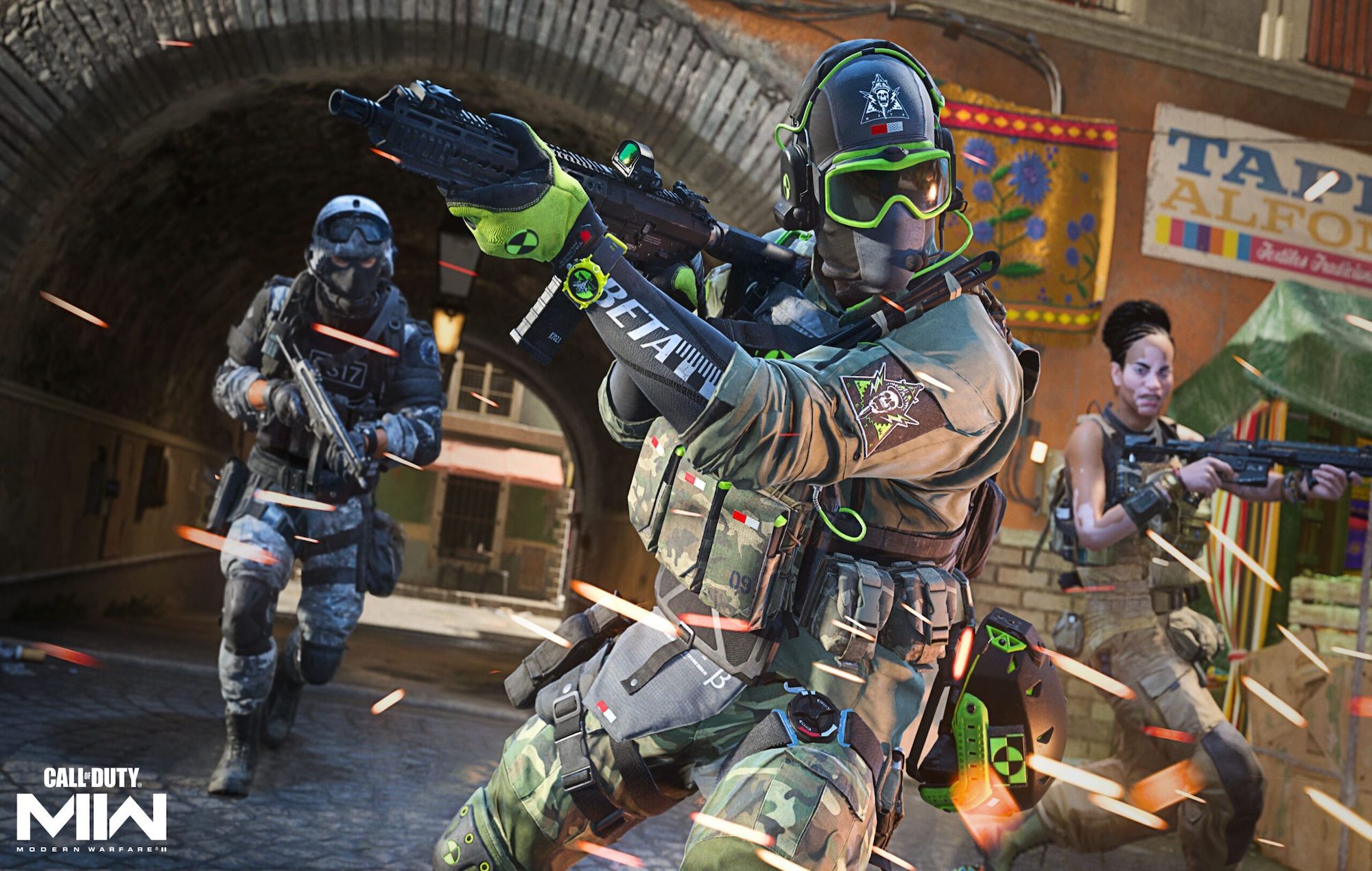 Modern Warfare 2 takes what was great about the last game and expands upon it, offering up a whole new suite of weapons to try out and dominate with. With every new Call Of Duty, there’s always the question as to which weapons are the best, and which ones aren’t really worth using. It’s a tricky question, but one that we’ll aim to answer in this guide.

From shotguns to sniper rifles, there’s a wide variety of weapons to try out in Modern Warfare 2. Not all of them are equal however, especially after you’ve levelled them up with the best attachments. We’ve picked five best Modern Warfare 2 weapons that you should absolutely be using. Then, you’ll find a full weapon tier list, ranking every gun in the game.

Here are the very best weapons in Modern Warfare 2, from the lightning-fast Fennec 45 to the ever-reliable M4.

We’ve chosen five of the best weapons in Modern Warfare 2. Choosing any of these will put you in great stead, so give them all a go! 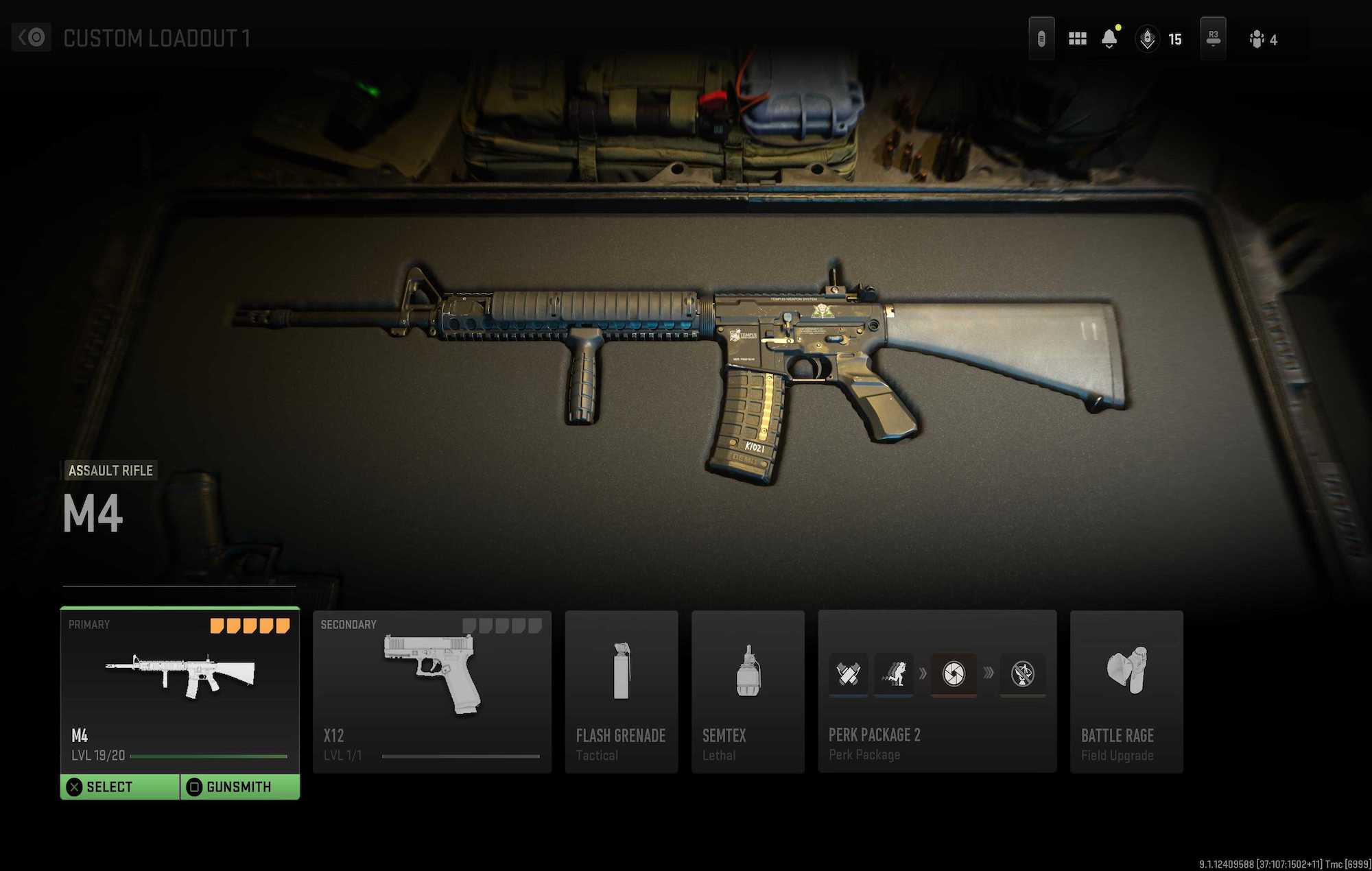 First up is ol’ reliable, the M4 assault rifle. This is easily the best assault rifle currently available in Modern Warfare 2, to the surprise of absolutely nobody. It thrives by offering great stability at medium range, allowing you to run and gun, or mount up and pick players off from afar. Here’s the best attachments for the M4. 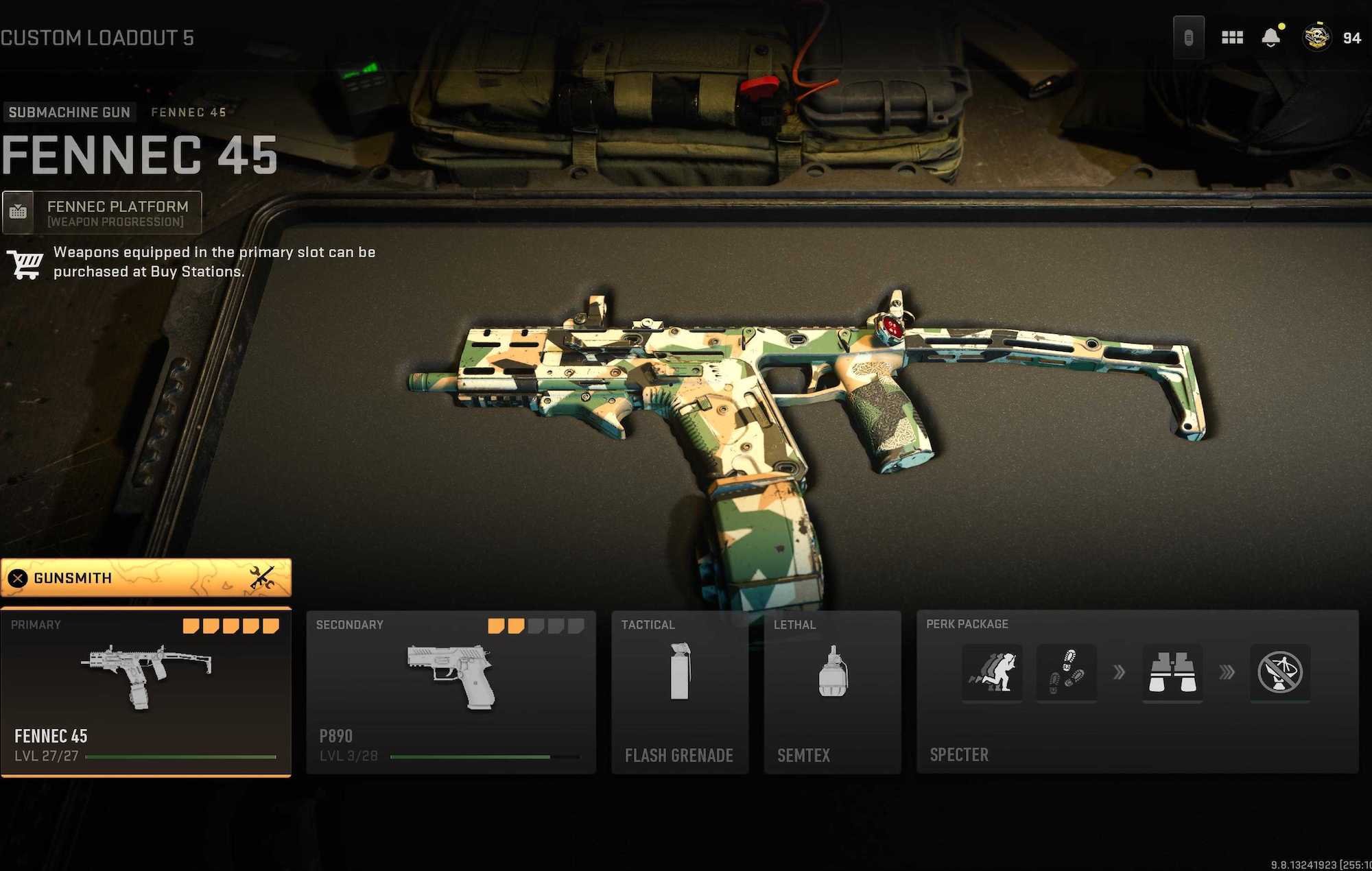 The Fennec 45 is rapidly emerging as the weapon of choice for those looking to run an SMG in Modern Warfare 2. It allows for lightning fast movement when set up correctly, and can be given a 45 round mag to help you shred through enemies without having to reload as often. 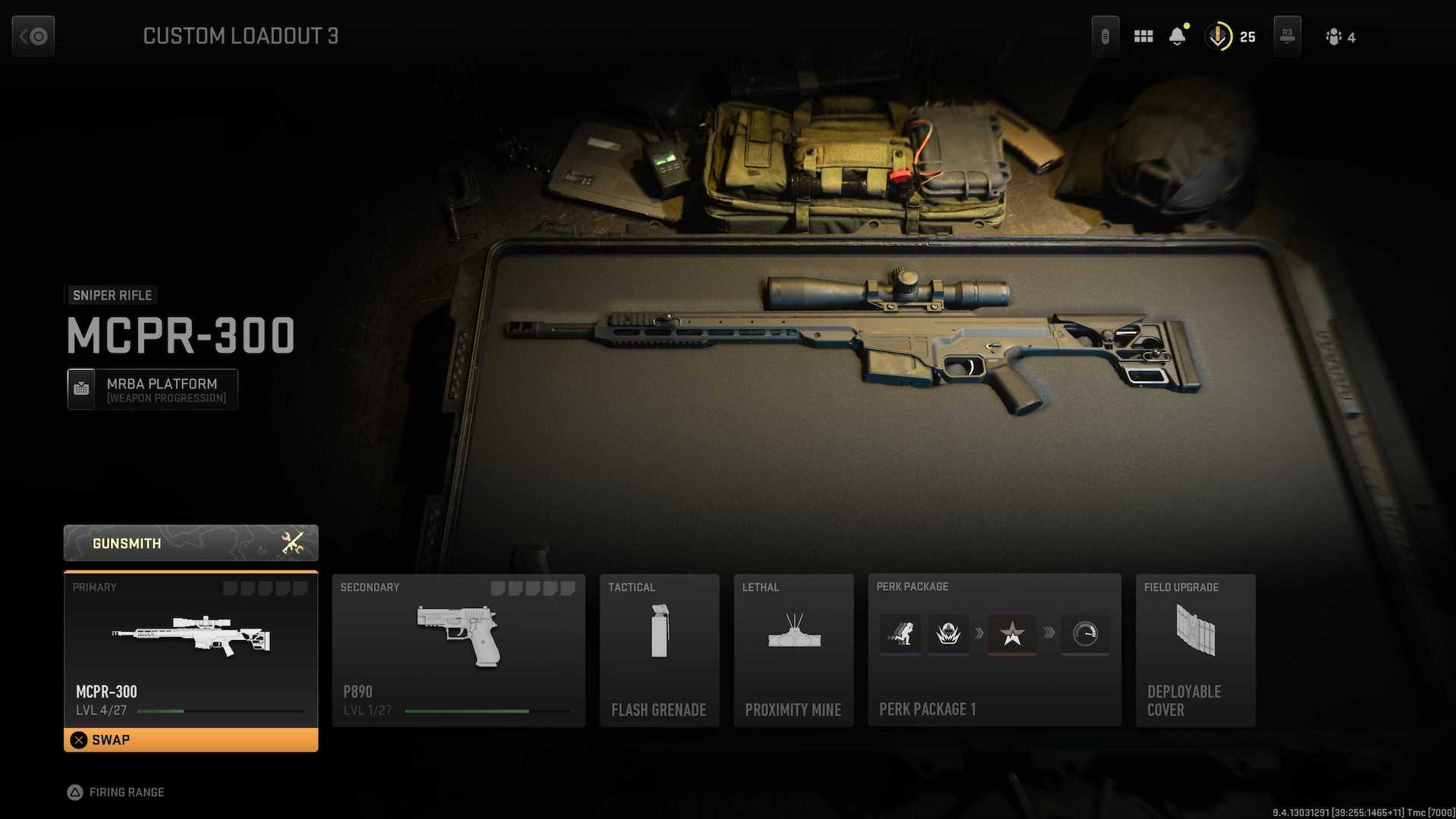 Now for the MCPR-300. This is the first sniper you’ll get your hands on, and it’s a really versatile weapon. Sniping is a real joy in Modern Warfare 2, so try it out. Pair it with proximity mines and a Trophy System so that you can guard your position, and run Ghost to keep yourself hidden from enemies. 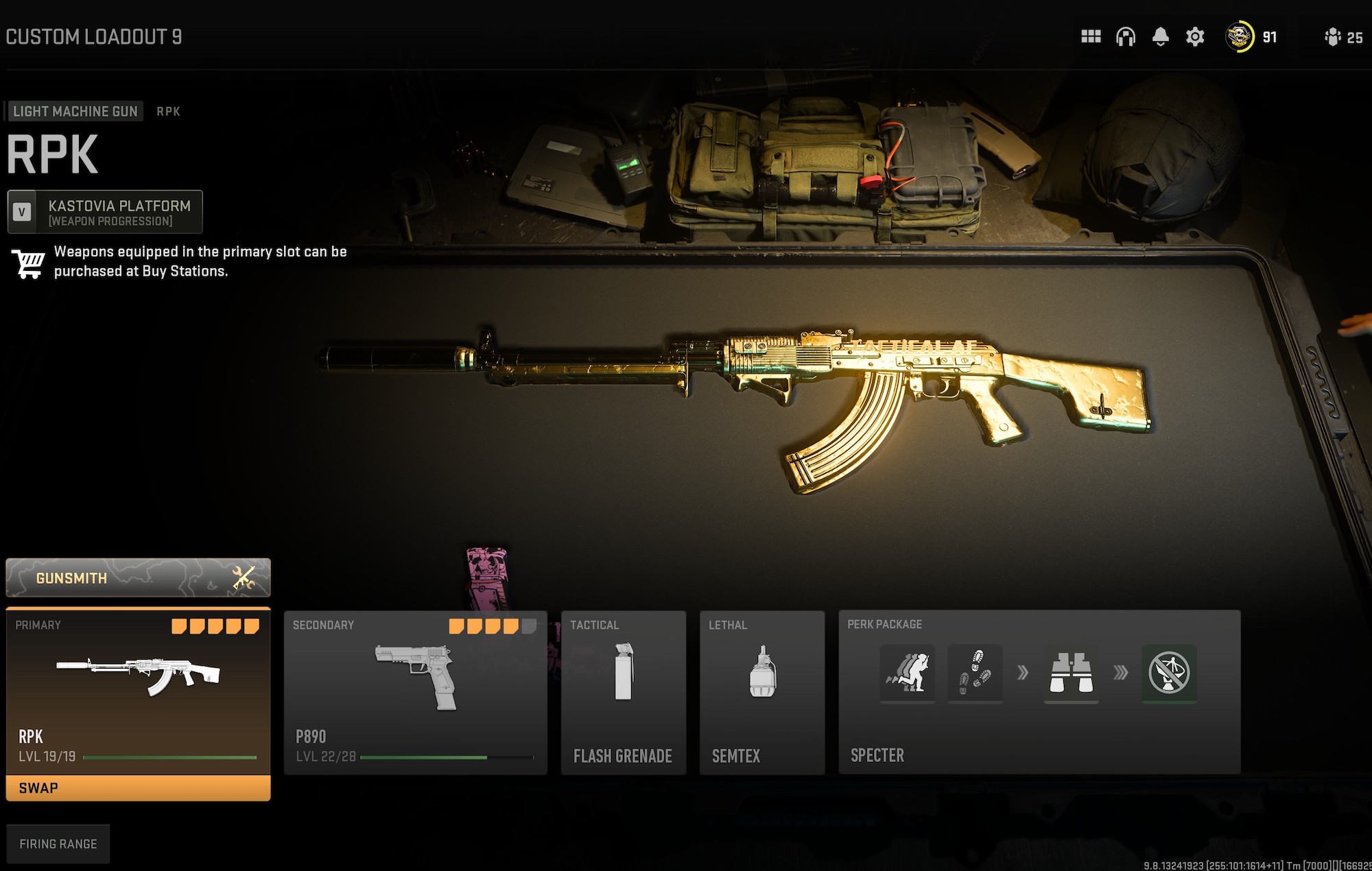 While the RPK is technically an LMG, it can function as an assault rifle when set up correctly. Not only that, but it can easily be described as one of the best weapons in Modern Warfare 2 for those running a medium range assault rifle build. Here’s how to set up the RPK. 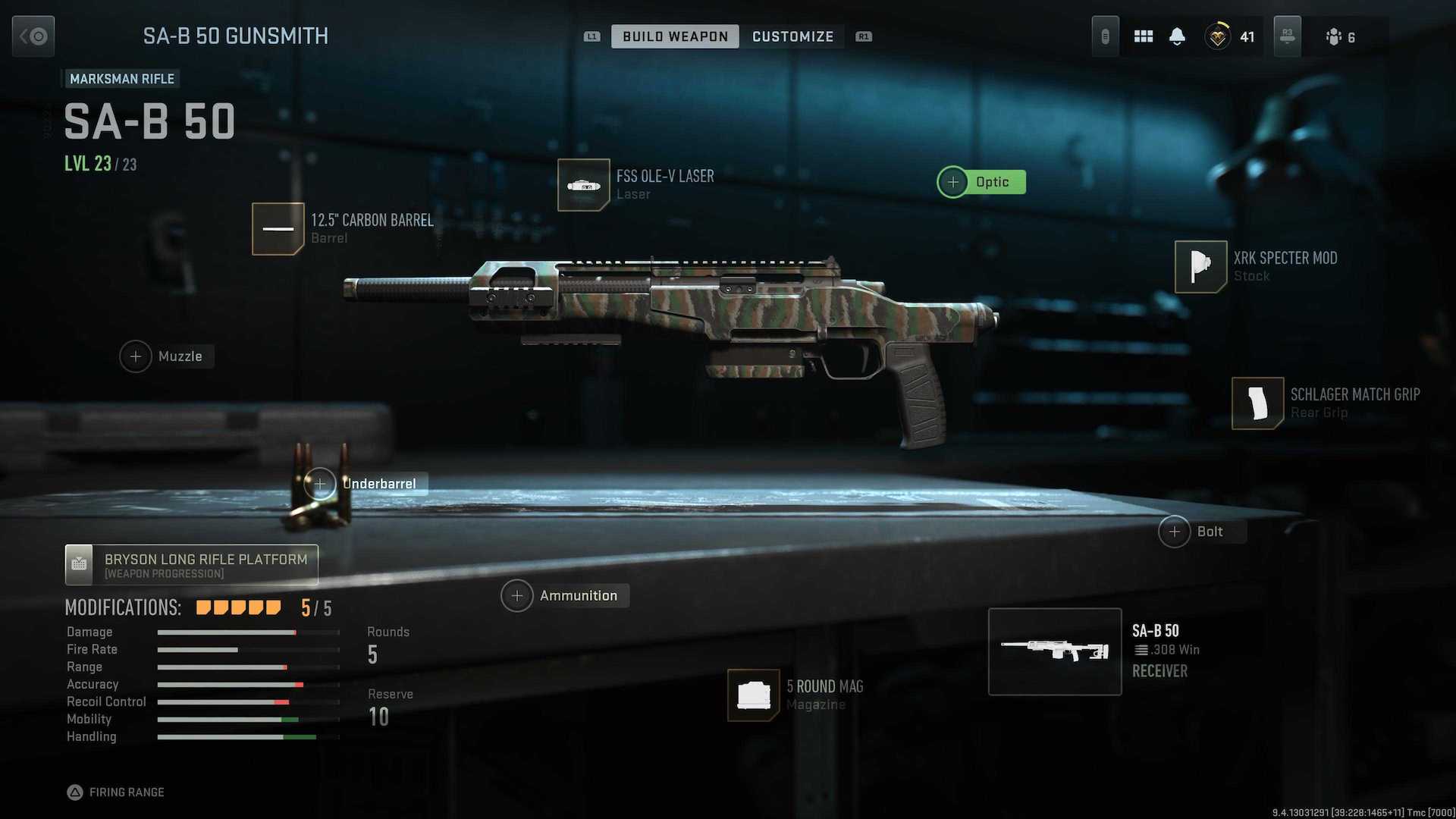 Now for a Marksman rifle, the SA-B 50. It can be set up in such a way as to serve as a run and gun, short-range weapon. ADS speed is so high with this class that the gun essentially feels like a shotgun, but one that can also pick enemies off at medium range at a pinch. This gun works best when paired with Double Time, and Quick Fix, as you run through maps taking enemies out with single shots. Head over to our best SA-B 50 loadout guide for tips in setting it up as a quickscoping menace.

Now that the dust has settled on the launch of Modern Warfare 2 Season One, we can rank the weapons in a tier list:

As you can see, submachine guns have come out on top here. At present the pace of Modern Warfare 2 and the time to kill (TTK) compliment SMGs perfectly. Then onto assault rifles, then battle rifles and even a sniper rifle in the MCPR-300 making up the A tier. From then on, things get a little bit harder to rank. In general, LMGs are tricky to use in the game at the moment, but most assault rifles like the M16 are perfectly viable.

Those are the best weapons to use in Modern Warfare 2. This now includes the new weapons added as part of Season One.

Elsewhere in gaming, Microsoft seemingly has no intentions of making Call of Duty exclusive to Xbox, with Phil Spencer revealing he wants Microsoft to treat the IP in the same way it treats Minecraft, by bringing it to “many different screens.”