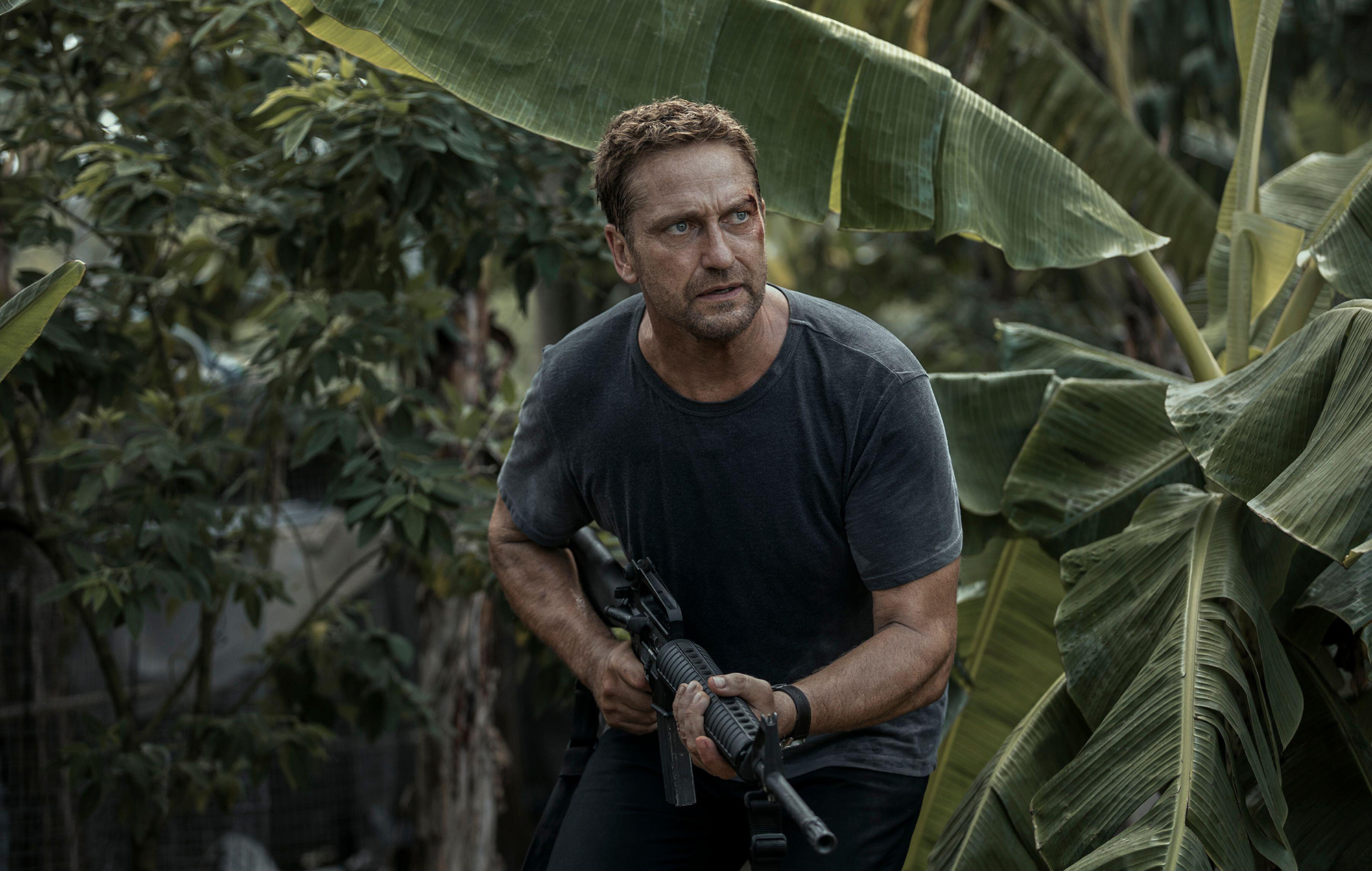 Remember what action movies were like before Marvel came along? When set pieces involved bareknuckle fights instead of talking racoons? When heroes were wisecracking middle-aged dads who took on waves of ethnic minorities on their own? When men were men and women were also there? Boy, has Gerard Butler got the film for you…

Arriving just in time for the DVD to maybe come out for Father’s Day, Plane is another solid, sinewy throwback to the old-fashioned actioners that filled multiplexes in the mid ’90s. A film for anyone who doesn’t like any nonsense bulking out their movie titles (prepositions are for pansies), Plane is as lean and mean and stupid as it sounds – a fun Friday night mix of Con Air, Air Force One and Butler’s best bits.

Butler picked up the vest Bruce Willis dropped a few Die Hards ago, and he seems to have been taking on the old-school action genre single-handed ever since. But who else to play a tough nut Scottish pilot with a vague military background who can still wink at the stewardesses and crack a good one-liner? Here he’s the captain of a passenger jet that gets struck by lightning somewhere over the Philippines, forced to crash land on a remote Pacific island full of murderous terrorist warlords.

The plane is too damaged to call for help, the jungle is too dense for anyone to find them, and all the world’s governments are too scared to send a search party. Also, there’s an escaped convict on board! Mike Colter (better known as Luke Cage in the MCU) is Louis Gaspare, a man being extricated for a murder he may or may not have committed – the perfect partner for Butler to help him take on the island’s nameless goons.

As throwbacks go, Plane is a pretty good one. Delivered with an impressive lack of irony, and with even the special effects looking 30 years old, it’s hard not to feel like you’re watching something that’s already always on repeat on ITV3. Old-school without feeling tired, director Jean-François Richet trims every ounce of fat from the script to keep things moving at a clip. Ready-made for action, the film is at its best when it’s doing instead of thinking – Butler and Colter shooting, stabbing, throttling and exploding their way through an entire third-world army.

Almost completely built out of clichés and corn, there’s very little in Plane that hasn’t been seen before, but it very rarely matters. Exciting without ever really thrilling, it’s an immovably solid actioner – a fun Friday night pizza movie packing a handful of relentlessly unfussy action scenes that deliver exactly what they promise. The movie equivalent of a tin of Ronseal.