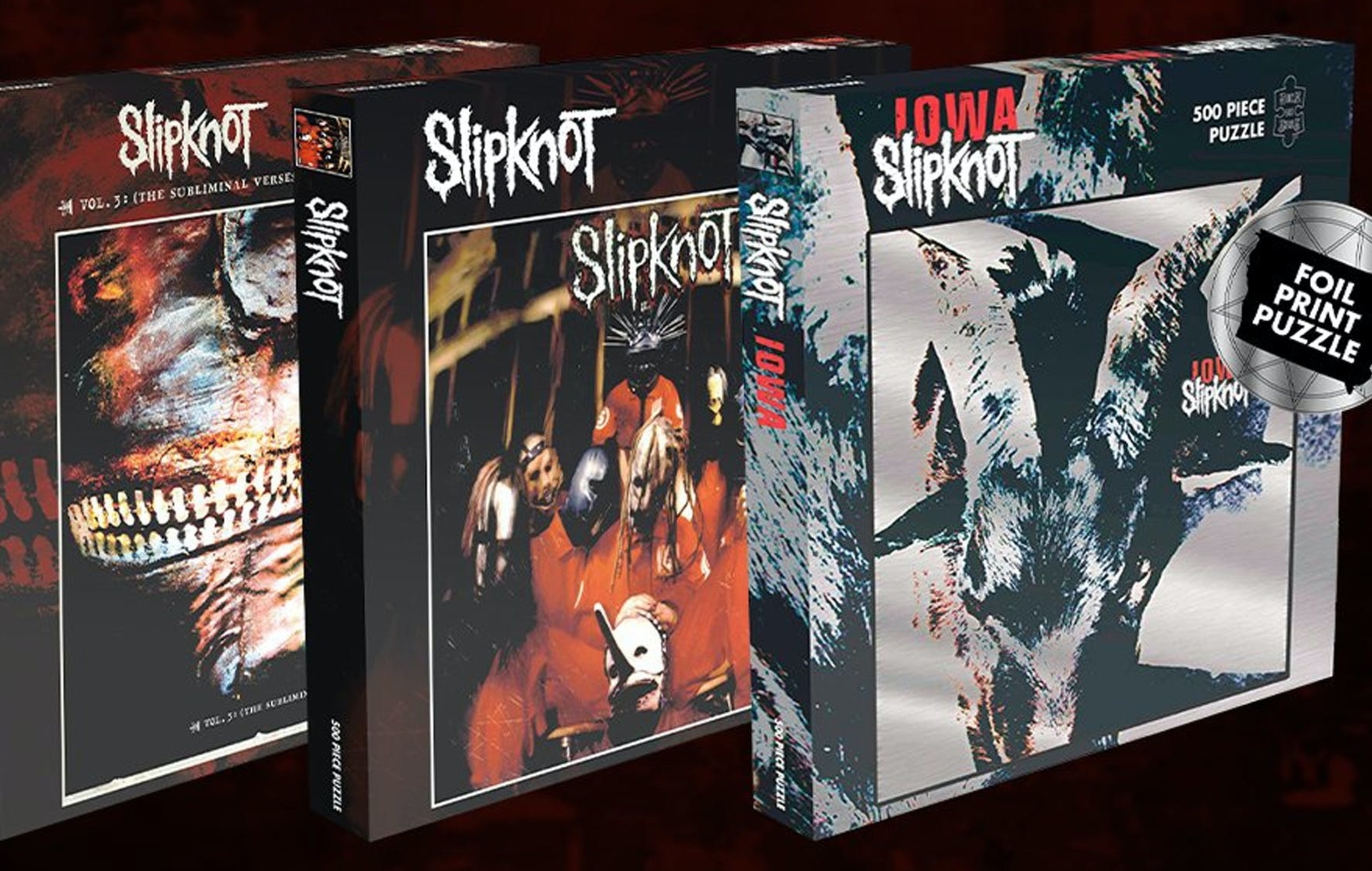 Slipknot are gearing up to release a collection of new jigsaw puzzles depicting the cover art for their first three albums.

The self-titled and ‘Vol. 3’ puzzles will feature the original cover art for each, but for ‘Iowa’ the band have opted to share the original foil edition of the album.

“‘Iowa’ was originally released in a foil sleeve and, to celebrate the album’s twenty year anniversary, this has been faithfully recreated on, this, the first foil effect 500 piece rock saw,” the band said in a description on their website.

Fans can pre-order the puzzles here, and they will be despatched the week commencing May 17, 2021.

The percussionist and backing vocalist said in a new interview that he’s been working freely with Slipknot frontman Corey Taylor on new material in his basement where “no one is telling us anything”.

“I got very creative. I created — how many [pieces of music]? I’m not gonna say. Because then the suits and all the stupid people, they wanna bug me. When I say ‘stupid people,’ I mean, they’re actually very smart,” Clown told Terry “Beez” Bezer of Knotfest.com‘s Mosh Talks With Beez.

Meanwhile, the line-up for the 2021 Inkcarceration Music & Tatoo Festival has been revealed with Slipknot, Rob Zombie and Muvayne set to headline.

The three day event will take place from September 10-12 at the Ohio State Reformatory, an old prison that was made famous in the film The Shawshank Redemption.